Introduction of the village

Thanks to its location, Vestec is one of the most attractive suburban locations in the vicinity of Prague. The original rural development has been followed by new residential areas since the 1990s. Along the Vídeňská road, commercial construction has developed.

The so-called green spine around the Vestecký Pond with leisure activities for young and old, the Avenue of Freedom, a cycle path and a planetary nature trail remained a quiet zone. 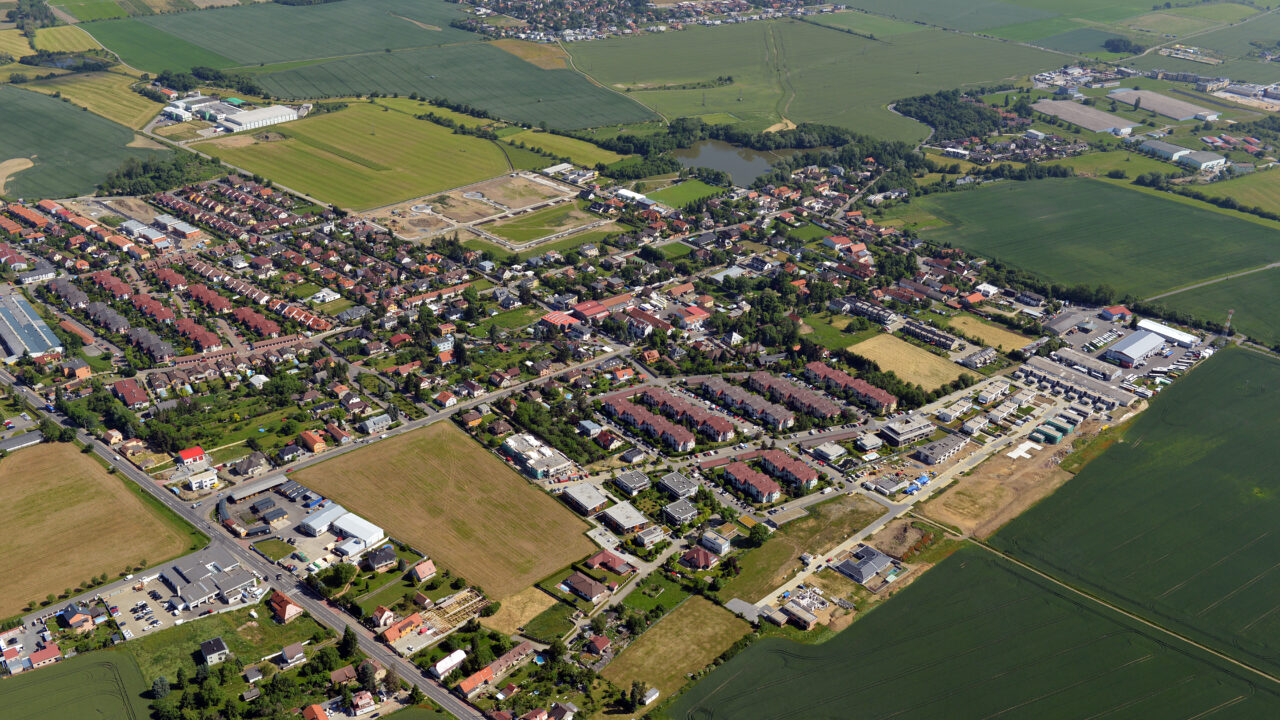 Collector cards and a book about Vestec
Two tourist collector's cards about Vestec were published in cooperation with radio Impuls and the programme "We love the Czech Republic" and in 2014 a book "Vestec, a story about the landscape and people" was also published, all available for purchase at the Partner Vestec post office or at the municipal office.
More about collectible cards
Maps of the village
View various types of maps of Vestec, including maps of sorted waste and bio-waste collection points.
View maps
Virtual tour of the village
Take advantage of the unique opportunity to visit the village of Vestec virtually
See